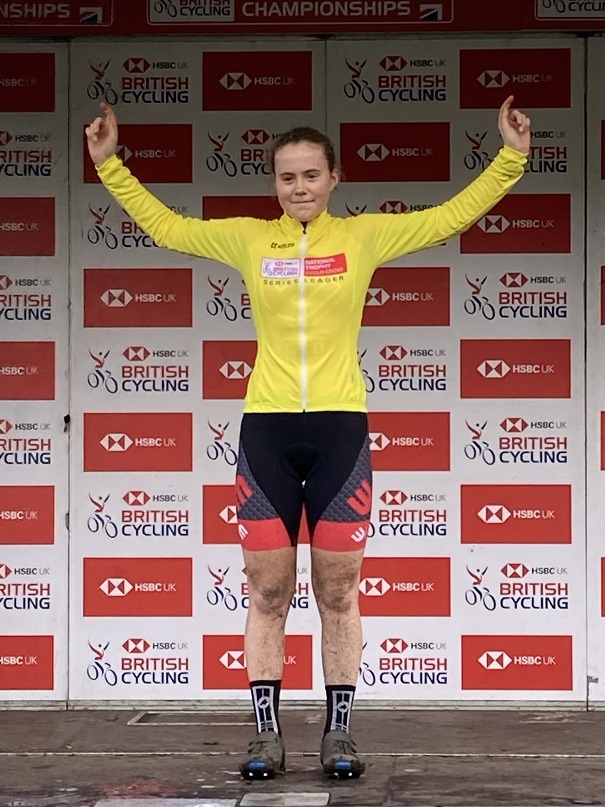 She also wears the green jersey as U23 leader.

Anna's second place in Sunday's National Trophy race at Callendar Park in Falkirk was enough to move her into the leader's spot in the National Trophy Series Cyclo-Cross. Follow Anna on Instagram.

"It was hard", was Anna's quote after the race, and so it looked. After the starting shakeout Anna was in second spot to eventual winner Josie Nelson (Team Coop-Hitec Products). Third placed Alderney Baker (Team Empella Cyclo-Cross) didn't give up easily and managed to push Anna in to third position. However, Anna raised her game passed and distanced Alderney. Former series leader, Abbie Manley (Montezuma’s Race Team) finished in 4th place. Winner, Josie, had come off a road season and the previous week was runner up in the national road race championship. She was on form.

It was noteworthy that the top 4 places were taken by U23s. 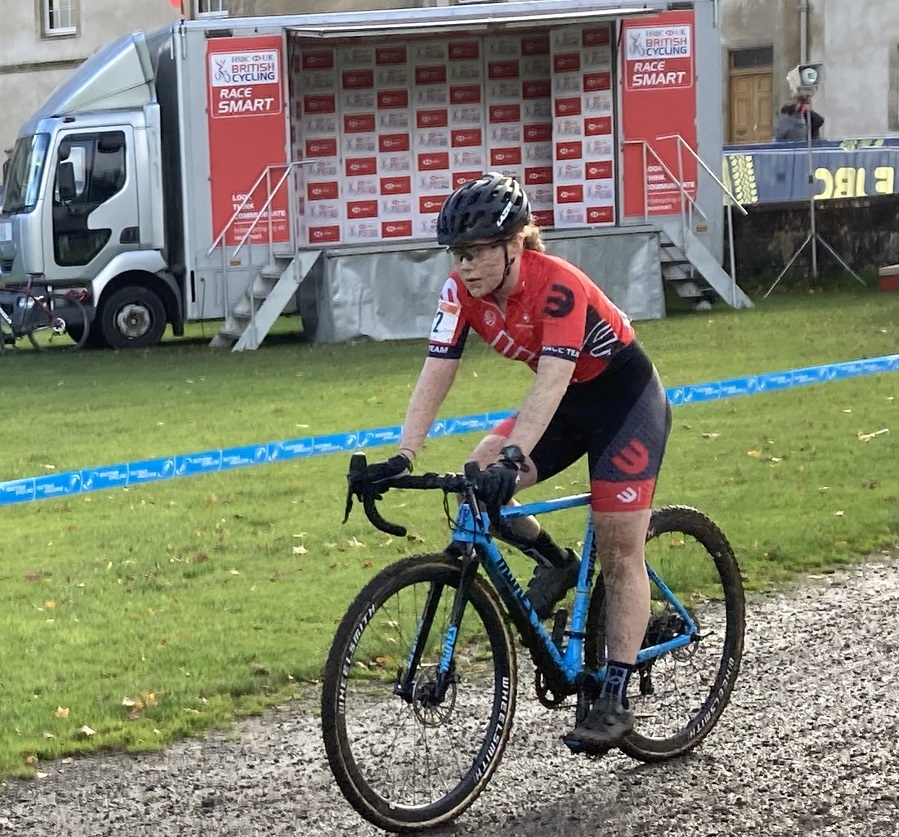 The fourth of six rounds will be held on 21 Nov 21 in Houghton Le Spring. Good luck Anna.