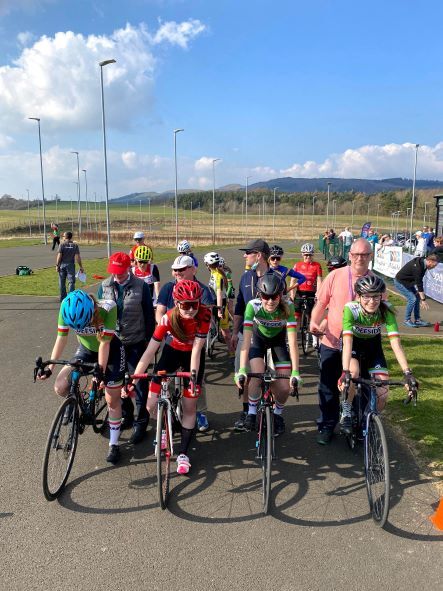 The Ben Forsyth C-R-Y Race Day included a team time trial, aimed at those riding the upcoming YToS, which contains a TTT. This gave Scottish riders to practice their starts, changes, and cohesion in this discipline.

The race was over 5 laps of the outer circuit giving a total distance of 5km. The first wave contained the four boys' teams who started at 30s gaps. The second wave consisted of the three girls' teams who started after the circuit was clear. Some substitute riders replaced YToS competitors who were unable to attend.

The Scotland West boys' team came out on top, just eight seconds ahead of the Scotland East & Central team. ERC were represented in both teams. Deeside Thistle CC girls were 3/4 of the winning Scotland Northeast team in the girls' competition. This quartet included ERC's Kasey Park who had a mechanical and failed to finish.

Full results are given below.

We wish all the teams success in the youth tour. 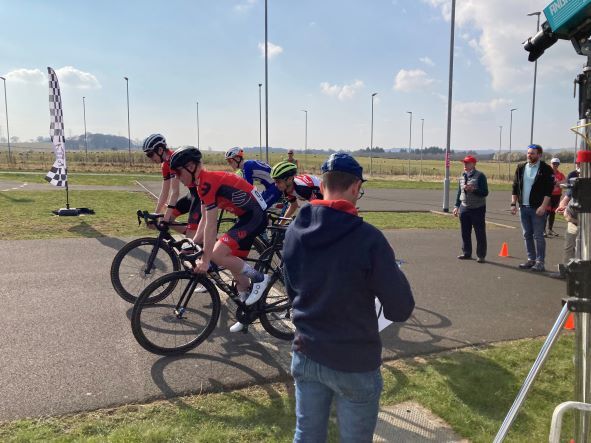