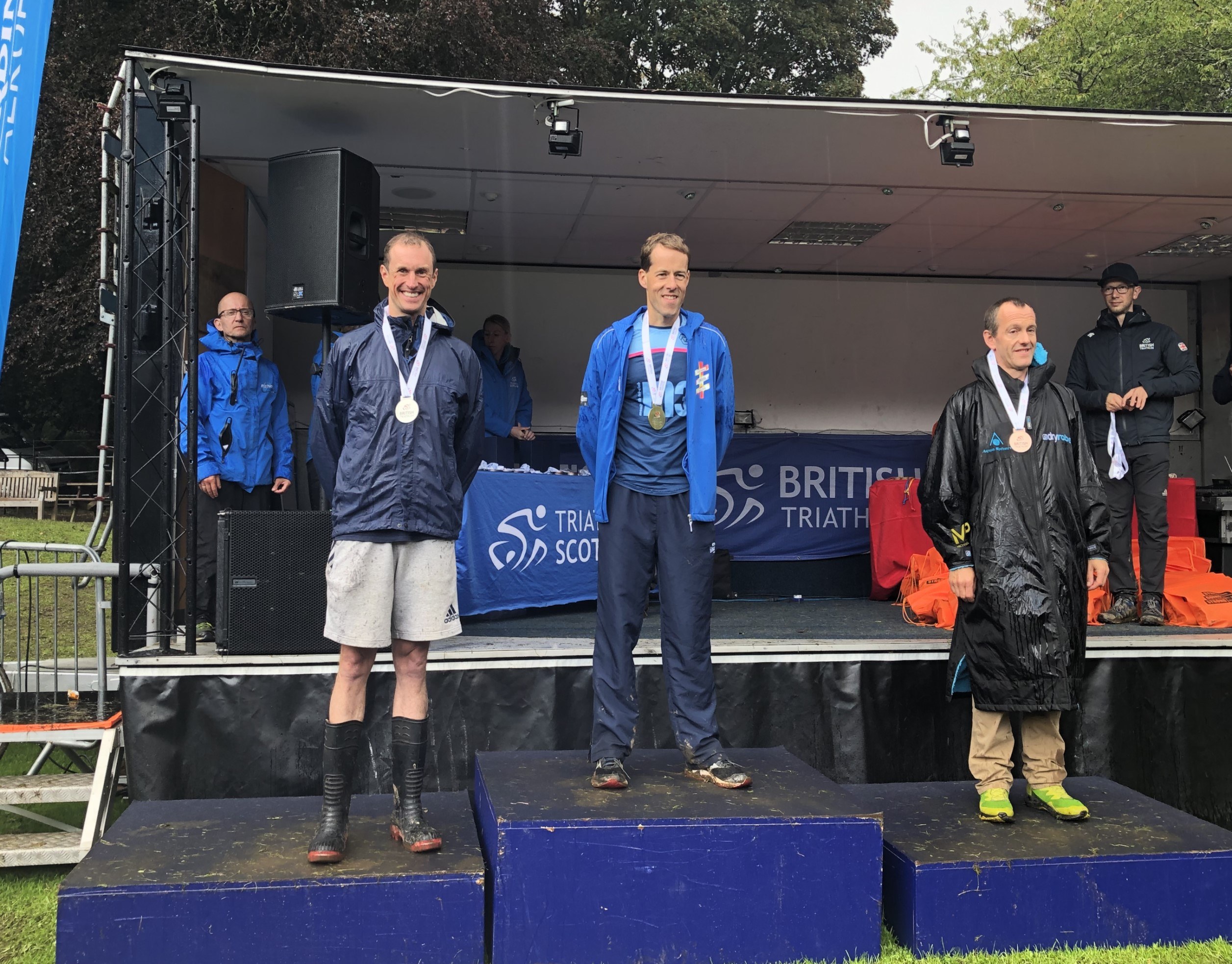 Congratulation to ERC Triathlete Simon Peltenburg who came second in his age category at the British Middle Distance Championships!

This year ERC member Simon set himself a summer objective of qualifying for a 2020 European championship. Following a great deal of training and preparation, he won his age group at the Woodhorn Museum Standard distance event in July.

He then forged on and came second in his age group at the British Middle Distance Championships in torrential conditions in Aberfeldy in August. This result means he's been recruited by Team GB! This means he'll be competing at both the standard and middle distance European Championships in Estonia and Austria next year - best of luck Simon!